How I Overcame Resistance and Met My Idol - Cultural Health Solutions

An unexpected dream meeting took place for me last week and I wanted to share it with you since I hope it may influence your life in some positive way.

I’m an amateur guitar player and through tough times and the rigors of medical training, I would listen often to CDs of my all time favorite guitar player and Grammy award winner, Eric Johnson, who critics have called one of the greatest guitar players on the planet. The unique sounds he produces on electric and acoustic guitar got me through some tough times.

Fast forward to a couple of weeks ago when I was scheduled to have a business meeting with a physician colleague in Santa Cruz.  Somehow while searching for a restaurant to have lunch, I came across an ad for Eric Johnson performing at a small venue, the historic Rio Theater.  In the mean time my colleague sent an e-mail saying he could no longer make it for the meeting. 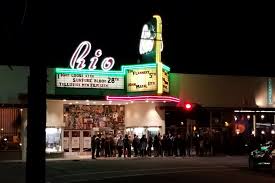 The question was should I make the 45 min drive to Santa Cruz on a work day before a really important meeting early the next morning to watch Eric Johnson perform?

Now you would think that I would have immediately bought tickets and maybe in my teens or 20s that woud have happened, but now in my mid-40s I found a different conversation happening in my head. Instead of the “hell yes” of my 20s, I automatically came up with a list of practical reasons why I shouldn’t go, some of which I listed below:

That voice inside my head is what is often referred to as “resistance.”  A powerful force deep inside that prevents us from doing things that might bring us joy and fulfillment.

Resistance is the voice that prevents you from changing your job, writing your book, starting your business, taking singing lessons, or living your dream.

I talked to my sons and my wife and they all said I definitely should go.  The interesting thing about resistance is others can easily make the right decision for you, but may not be able to make it for themselves.  That’s why you may need a push from a friend, a colleague, or a loved one when you feel stuck.

So last week I ventured out to the theater six hours before the show so I could get a bunch of work done and line up for great seats since the concert was general admission and seats were first come, first serve.  I staked out a restaurant across the street from the theater to monitor lines.

While on my laptop, I suddenly saw a giant, shiny orange tour bus pull up in front of the theater four hours before the show.  My heart skipped because I knew Eric was on the bus…just a few hundred yards away from where I was sitting.

I watched the bus door open with anticipation as passengers came off.  I’ve cyberstalked Eric for years now, watching dozens of his Youtube videos, so I could literally spot him miles away.

I waited and waited, and then it happened…his slender figure descended onto the pavement.  Water bottle in one hand and garment bag in the other.  Eric’s 63 years old but still looks like he’s in his 40s.  I think I stopped breathing at that moment.

Then I thought to myself.  Should I ditch my meeting, cross the street and meet my music idol?  Again the voice of resistance emerged saying things like the following:

I countered this stubborn voice with “what’s the worse that could happen?”  I loaded my laptop into my backpack, crossed the street and walked towards Eric.  I was rehearsing exactly what I would say and found myself getting completely disorganized.

I started getting second thoughts again, especially since there was another fan talking Eric’s ear off as he tried to politely get away.  I waited patiently nearby and finally Eric freed himself and started walking towards me.   Right as he passed by I blurted out “Eric, thanks for helping me get through medical school!”

He stopped and smiled at me.  Then I told him all about how his music stirred my soul and got me through so many tough times.  How I listened to his music while writing my book.  He asked me about my medical practice, my book and my work with sincere interest.

We actually had a conversation and I asked to take a picture with him, which by the way was another moment of resistance.  Eric is known to be shy and I wondered if he’d be open to taking a photo with me.  Once again I asked myself,  “what’s the worst that could happen?”  He said yes and below is a photo of us which I'll cherish for the rest of my life!

A once in a lifetime opportunity happened which I could have easily sabotaged with that inner voice of resistance that always looks for the easy, practical way out.  My teenagers instantly knew what I should do.  Often we need to tap into our inner child or teen and let go of all of the obstacles we constantly put in front of us.

In this light, resistance can also be thought of as the mature or conditioned self that replaces childish spontaneity with obsessive practicality.

My body of work focuses on insulin resistance, but I also want you to think about the force of inner resistance and how often it gets in the way of what your body and mind need.  How often have you woke up with a desire to get some exercise, but the voice of resistance, often transmitted through your device, showing you a stream of unread texts and e-mails, tells you you’ve got too much work to do?

I ask you to start paying attention to that voice and give it a name and then try more often to tell it… “sorry, I know you think you’re looking out for me, but actually you’re just trying to play it safe and prevent me from doing something truly awesome!”

If you’re still stuck, talk to someone you know will give you the push you need.  Inertia can be powerful and this is when others can help you push through.  Sometimes you just can’t do it alone. I often wonder how many “Eric Johnson moments” I’ve missed and we all continue to miss throughout our lives because of resistance.  It’s a force all of us struggle with.

However, I also look at how many times I’ve overcome resistance to create a moment or memory that gave me so much joy and fulfillment.  It doesn’t have to be an encounter with your idol.  It can be you calling a childhood friend after decades, joining a yoga class after work, or just breaking away from your screen and spending a few minutes out in nature.

These seemingly small feats help build your “anti-resistance muscle” so when big opportunities come your way, you won’t turn them down.  Tell yourself today…NO MORE MISSING OUT!

You will virtually never look back and regret your decision to overcome resistance.  How often would you say… “I should have never taken that hike and gotten more work done instead.”  I obviously have no regrets about going to that concert.  This is proof that resistance usually works against you and often deprives you of what your mind, body and soul craves.

If you need more help with resistance, I strongly recommend you read a short book called The War of Art by Steven Pressfield.  It’s brilliant and might give you the push you need. 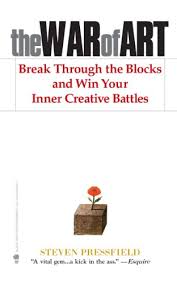 Next time you get stuck in a situation where your heart wants to do something but your mind says maybe it’s not such a good idea, recognize that stubborn voice of resistance and tell it that you’re not giving in.  Remember…what’s the worst that can happen?

Remember to join me for a special 3-day retreat in the spectacular wilderness resort campus of 1440 Multiversity in Scott's Valley, California the weekend of May 18th.  Learn more here.